When Elma was on her tour of Finland, she visited Stockholm for short while crossing the Gulf of Bothnia by ship. Elma is my Great-great-Aunt, and I have been sharing bits and pieces of her travels and her writing. The ferry over is still the typical way to travel from Finland to Sweden, but last week we decided to fly with my sister Kaija, who is currently on her tour of Europe. Taking the ship across takes the whole day or night, depending when you leave and we felt we just didn’t have that extra time. In addition, plane tickets were actually less expensive.

When Elma had been on the ship, she had ordered “Kalt Watten” at dinner but the waitress did not understand and brought mineral water.

I requested normal water and one gentleman came to help. He interpreted and asked if I would like drinking water and I answered, “Of course, I do not wish to bathe.” She then brought me water, but it was not cold. This man was a Swedish journalist, who had been in Finland writing about the Lapua movement (which was a radical nationalist and anti-communist movement and was banned after a failed coup-d’état in 1932.) He praised Finland but was happy to get away. Although he had visited Finland many times, he felt they were brusque. I told him that the Finns were the best, the most honest, solemn and as deep feeling as can be, but that for their own protection they have a hard shell into which they escape. But once you break the shell and win their trust, you will have a friend for life. He laughed and said that I have been sold to my own nationality, but did admit that what I said was true. A nut is sweet to eat if your teeth do not first break biting into the shell. 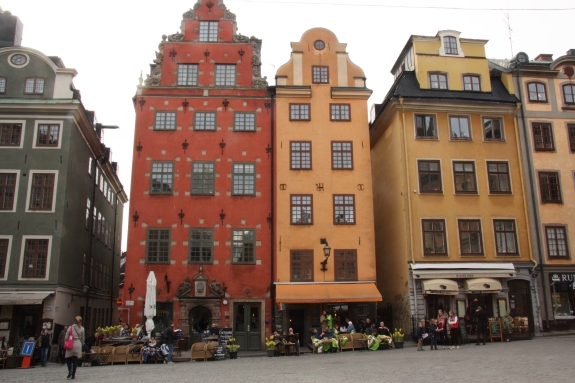 Elma did not write of what she might have seen in Stockholm, as it seemed like she was in a hurry to get back to Finland. She only had a couple more days after returning before her boat to America was scheduled to leave. And so I will share something of what we saw and experienced. 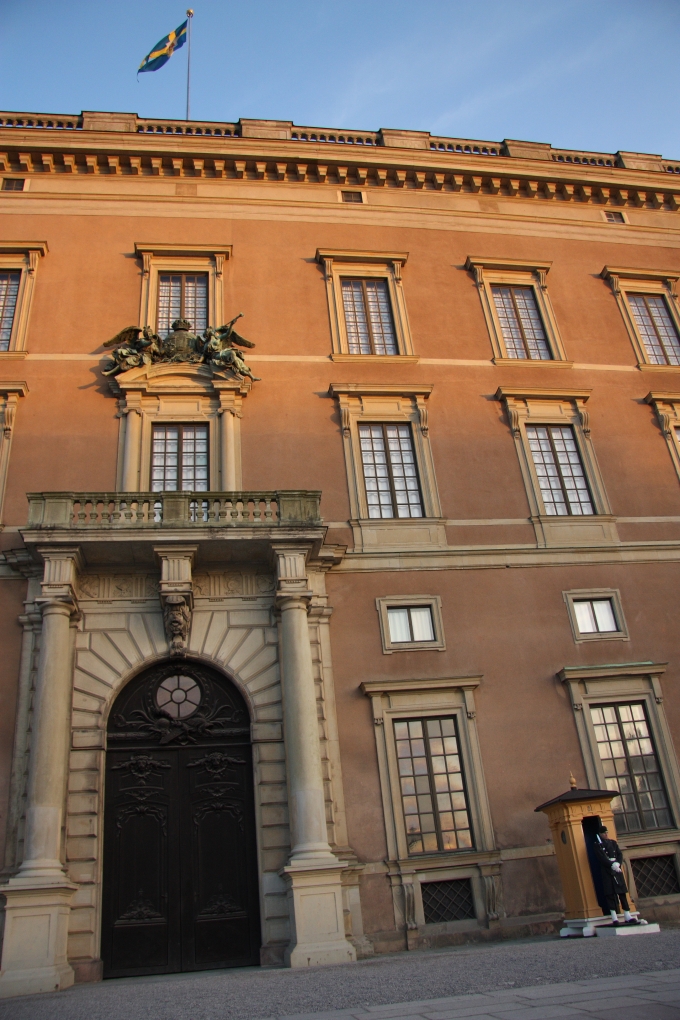 It had been years since I had been in Stockholm last, 17 to be exact. We were with a group of teenagers focused more on having a jolly time instead of actually enjoying the city. I remember that some of us tried to make guard at the Royal Palace smile or lose composure. I think that we did not succeed very well. This time I just took photos like all well-behaved tourists.

Before our trip, I sent Marissa from Miss Marzipan a note asking her for suggestions of where we should go. I received a whole list of wonderful suggestions. We only made it through some of them, giving a good excuse to plan a new trip in the future. I could imagine that my older girls would absolutely love the Drottningholm castle and gardens and everything there is to see. Perhaps we will make a mother-daughter trip there sometime, as Stockholm is really quite accesible from Finland. 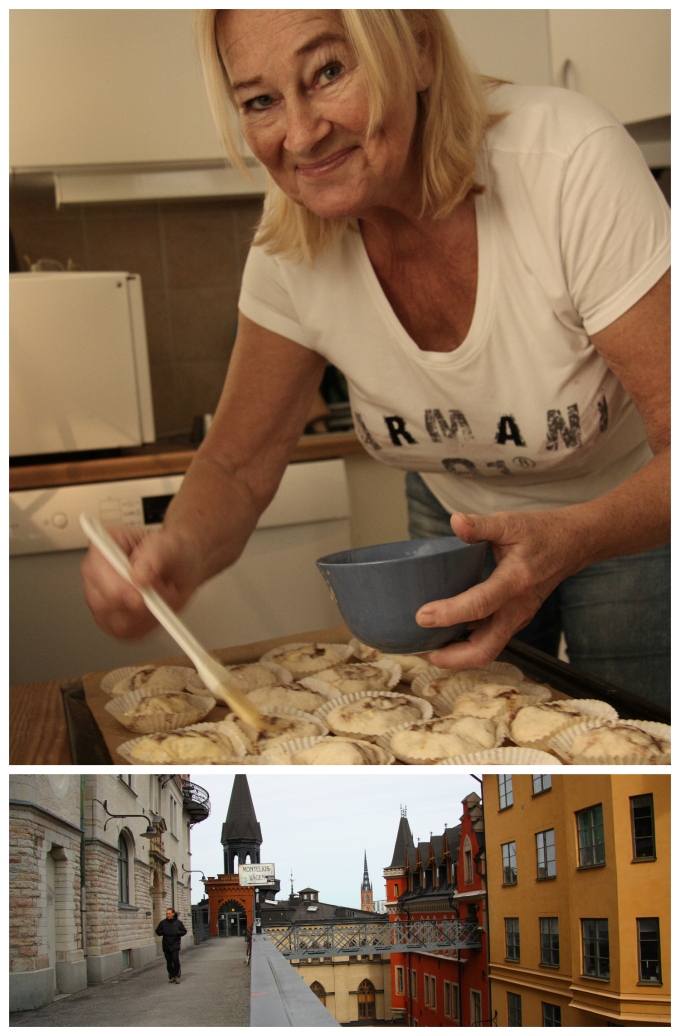 Kaija had reserved us a room through airbnb, which is a service on the internet that people may rent out rooms from their home or even an entire flat. This time we had a room and our host Siwa, made us feel so welcome and comfortable in her cozy apartment right in the heart of Södermalm. I really like the vibe in Södermalm which is full of old building built in the 1700s. We saw parks full of moms giving their babies a ride in the swings and lots of dads pushing their little ones in perhaps Emmaljunga prams. I saw several nice looking second hand shops and we stopped in one. I really liked the fact that they had made an effort to organize the used clothing by color. Sometimes I just feel overwhelmed at the flea market when everything seems to be in one giant unorganized pile, that I almost do not know where to start looking. I suppose that is a skill that some just naturally acquire and others have to practice.

In all truth, we didn’t really shop at all, but at one point we needed directions to the pharmacy and so we decided to stop in a shoe store that almost seemed like it was calling our name. It became an expensive way to find the way to the pharmacy as we both left with contemporary wooden clogs, made in Sweden. And I love them.

Miss Marzipan suggested that we check out some of the local coffee shops and much to our delight a couple of them were situated not far from our home away from home in Södermalm. The following places serve up wonderful coffee. Loved the window seats at Johan och Nyström’s. It’s the perfect way to people watch and check out whats going on in the street. One benefit of traveling outside of traditional tourist season is that you are able to observe everyday life as people come and go to work, spend time with their families and run errands.

Just as we were getting up to leave from Johan och Nyström’s an older gentleman biked up to the window. His bike had a dog bed in front of the handlebars and his dog sat in it all well behaved. He lifted his dog down and soon they were inside ordering a cup of coffee.

Drop Coffee Roasters is just a stone’s throw away from Johan och Nyström’s and is a place that would be perfect for a little meeting or for doing work outside of the office. There were several rooms and nooks and crannies. That is the beauty of old buildings. They are comfortable and have a charm that newer buildings just don’t seem to have.

Normally I do not drink coffee since I am so sensitive to caffeine, but I made an exception on this trip. I had a cup at Mean Coffee and Johan och Nyström’s. The flavor was smooth and tasted wonderful since I rarely am able to have such a treat. At Drop Coffee I had their ginger tea, made from real ginger and tasted quite similar to the ginger tea I have been making. It was the perfect thing to have after having caffeine. Mean Coffee is situated in the downtown area and is small but well designed. Everything is proportionate so it felt comfortable. The menu was quite simple, but effort had been put into the quality. For example they had two different smoothie options instead of six. I had their avocado spinach smoothie and it was lovely. And they do serve a cup of Mean coffee. Go try it, I promise you’ll like it.