School was about to begin and we decided with another Mom friend of mine to take the kids on one last outing before they would need to go to school. Just about an hour away is Lappeenranta, which is right next to the Russian border and is has been built on the shores of the great lake area, the Saimaa. Every year the city opens a park full of sand sculptures. This year the theme was heroes. There were all sorts of heroes featured, superheroes from the comic books, athletes and everyday heroes such as doctors. Since the beginning of the summer had been so rainy, some of the sculptures had suffered a bit and were being fixed up.

It was not long after we arrived and it was almost noon, so we decided to give the kids a little snack of watermelon, as we would have our picnic lunch later in the afternoon. My four year old was sitting on the bench eating her watermelon when a reporter for the local YLE (Finnish national public radio) radio station stopped by and asked if she interview one of the children. Bella just happened to be right there.

Have you been here before? “Yes, many times.”

Did you think the sculptures are better this year than before? “Yes, much better.”

Which is your favorite sculpture? “That castle over there” (It was the only sculpture that we had had a chance to look at since we had just arrived.)

What is your favorite thing to do here? “Eating” (munching on her watermelon, all through the interview)

I do have to mention, that she had never been to Lappeenranta before nor had we ever visited the sand sculptures before. She just conveniently came up with answers to the questions. After the interview, we had to let the reporter in on this little detail. I’m not sure I would have handled an interview so smoothly at four years old. At least she did give her correct name and age, when asked! And I forgot to take a photo of the whole deal. I was concentrating so hard on listening to her answers that I completely forgot even if I was holding my camera the entire time. 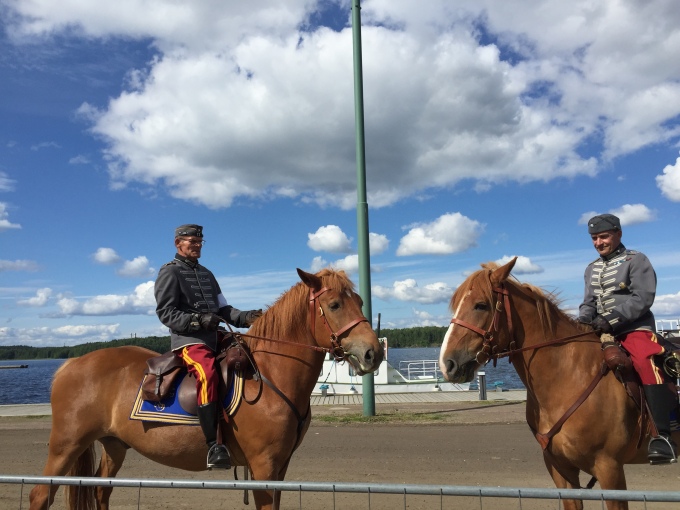 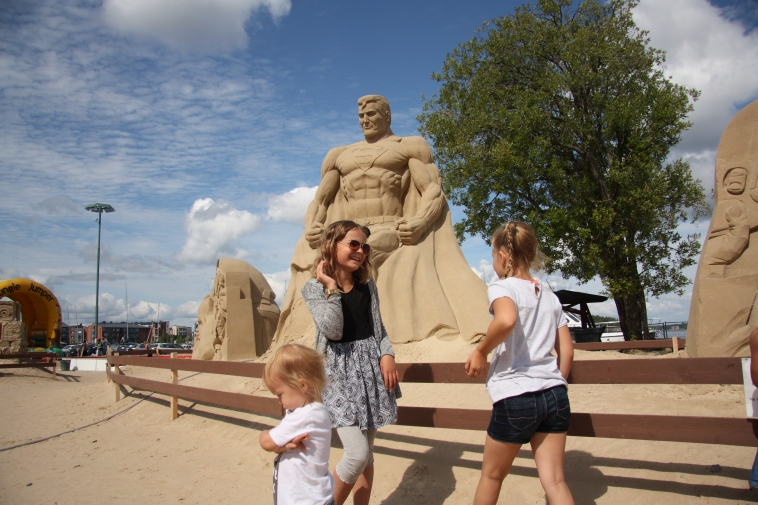 It was quite late into the afternoon before we left the sand sculptures and went to find a greener park with shade for our picnic. We found a park that had a pavilion that the kids enjoyed creating their own performances and large trees that brought us a bit of shade after being in the sun all afternoon.

I had made a salad bar style salad, with a basic salad base and then different options all in their own containers. This was the most convenient since we had different age eaters and sometimes the little ones haven’t really learned to eat nuts or if there is someone with a dietary restriction everyone is able to build a salad to their taste.

Prepapre the vegetables. Peel and cut the sweet potato into sticks. Wash the string beens and cut the tips off. Spread on a baking sheet lined with parchment paper and lightly toss with olive oil, balsamic vinegar, salt and pepper. Bake in the oven until tender and the vegetables have gained a bit of color at 180 C/ 350 F. Allow to cool and then place into a separate container.

Toss the salad and place into a larger container.

In separate containers pack with: roasted and shelled peanuts, cashews, dried cranberries, cheese cubed, pumpkin seeds, or anything else that takes your fancy. 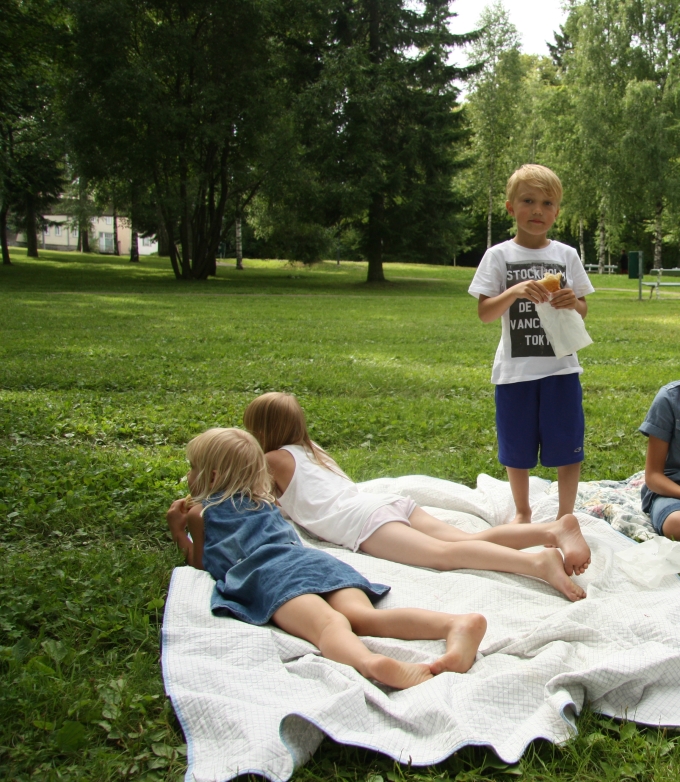 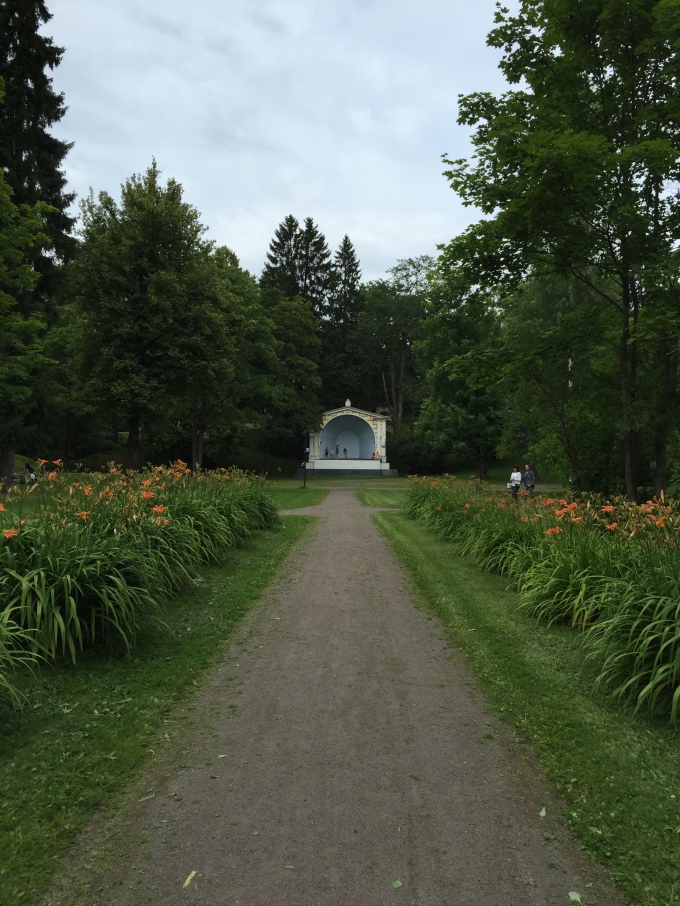