As I’ve mentioned sometimes before, we get to celebrate birthdays quite often. Our birthday season starts in March, then we have another one in April, May, June, July, August and then the last one of the year comes right before New Year’s in December. We finally had the official birthday party for the Niner! As you can imagine, the birthday girl was SO excited! I had my oldest and her two friends organize the party games and the whole affair went smoothly even though we had nearly twenty kids over (including our own).

Since it has been a bit busy lately, I tried to think of a way to make things easy and provide an activity for a bunch of little girls full of giggles and nervous excitement! We decided on cupcakes. The best part was that each guest could decorate their own using an assortment of candies. 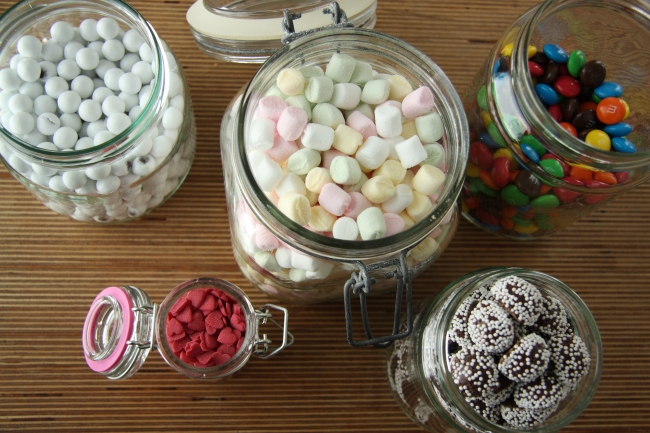 I searched the internet for different options. I have sometimes suspected that our birthday girl is a “super-taster”. She has a very particular taste. She has for an instance never eaten candy, only chocolate and preferably dark chocolate. If the other kids get candy, she will come in the kitchen and ask me if I have any baking chocolate on hand. She also likes dark rye bread with cheese and plain yoghurt and she prefers to drink milk or water. They don’t tend to believe me at the dentist when I insist that she never drinks sodas and only ocassionly will have juice.

With these requirements in mind I found a blog called the Brown Eyed Baker that featured a chocolate salted caramel cupcake. I thought that this might do the trick. 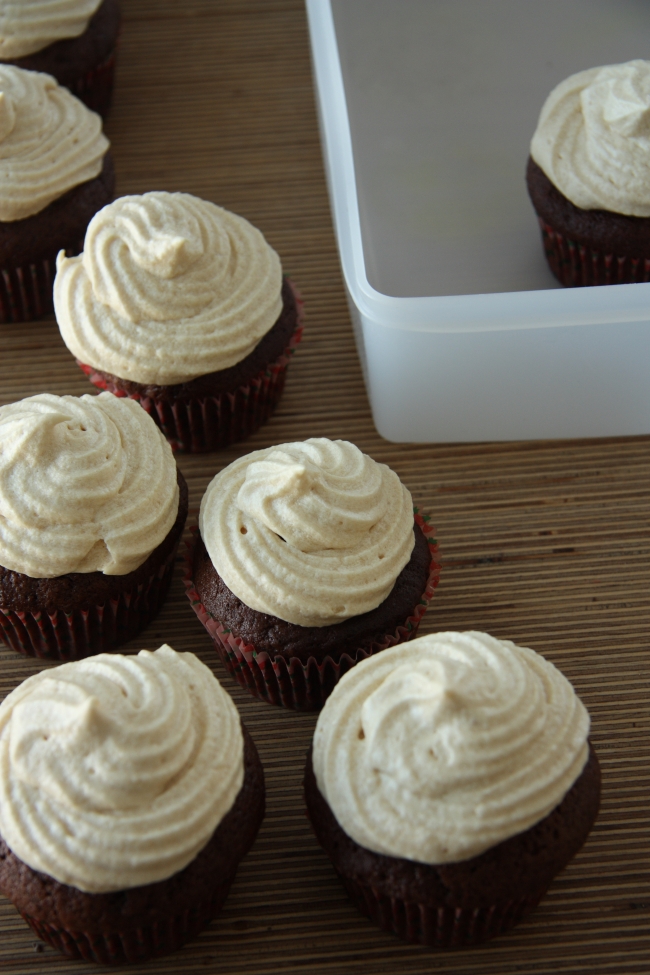 Preheat the oven to 175 C/350 F and line two muffin pans with paper liners. I made 22 cupcakes with this recipe.

In a small bowl whisk together the cocoa powder and hot water until smooth.In a separate bowl mix together the flour, bakin soda, baking powder and salt. Combine the butter and sugar in a saucepan over medium heat. Cook until the mixture is smooth. I allowed it to bubble for a minute or two so that the sugar was partly melted. Transfer the mixture to an electric mixer and mix for about 4-5 minutes so that it has cooled

Add the eggs one at a time, mixing well after each addition. Add the vanilla and cocoa mixture and mix until smooth. Reduce the mixer speed to lo and add the flour in three parts alternating with the sour cream. Mix only until incorporated.

Spoon the batter into the lined muffin tins, so that they are about 2/3 full. Bake for about 18-20 minutes. If using a convection oven reduce the baking time by a couple of minutes. 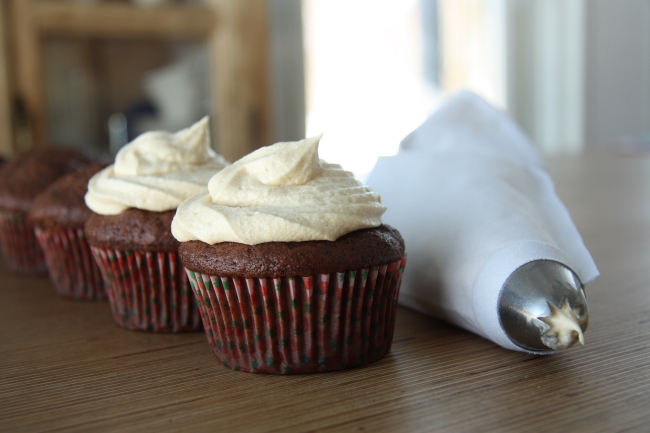 Click on the following link for the Salted Caramel Recipe by the Brown Eyed Baker. She has great step by step insructions and photos.

Beat together the butter and cream cheese for about 5 minutes. Add the salted caramel and beat until combined. Reduce the speed to low and slowly incorporate the powedered sugar. After the powdered sugar has been added beat on high for another 2 to 3 minutes until is has gained a fluffy texture. Using a pastry bag and a tip of your choice pipe the frosting on the cooled cupcakes. The original recipe by the Brown Eyed Baker garnished the cupcakes with a drizzle of salted caramel. Since these were intended for the birthday party I decided to skip the step. 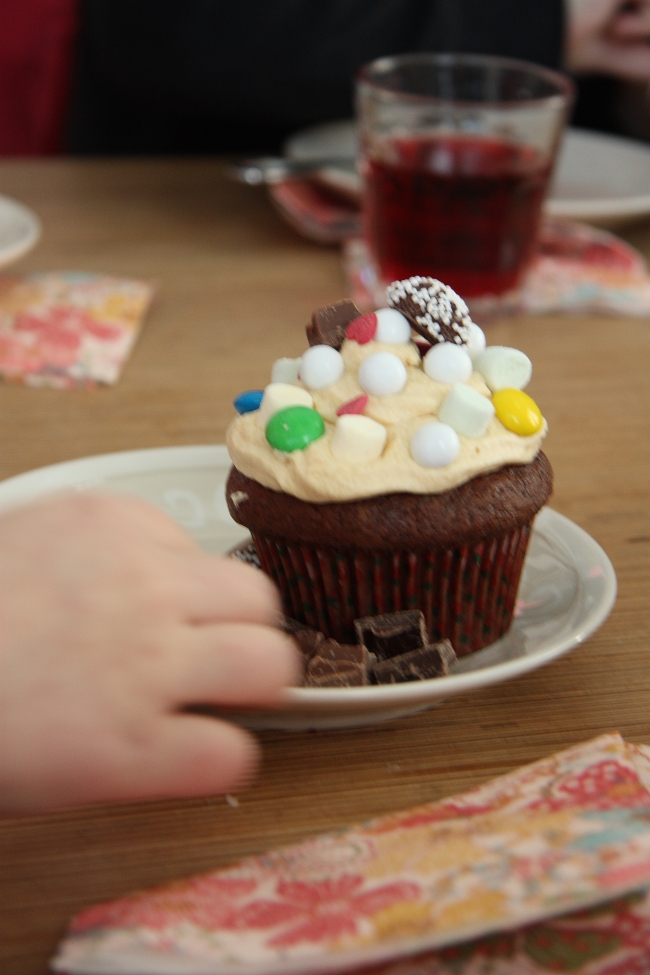