“No distance of place or lapse of time can lessen the friendship of those who are thoroughly persuaded of each other’s worth.” –Robert Southey 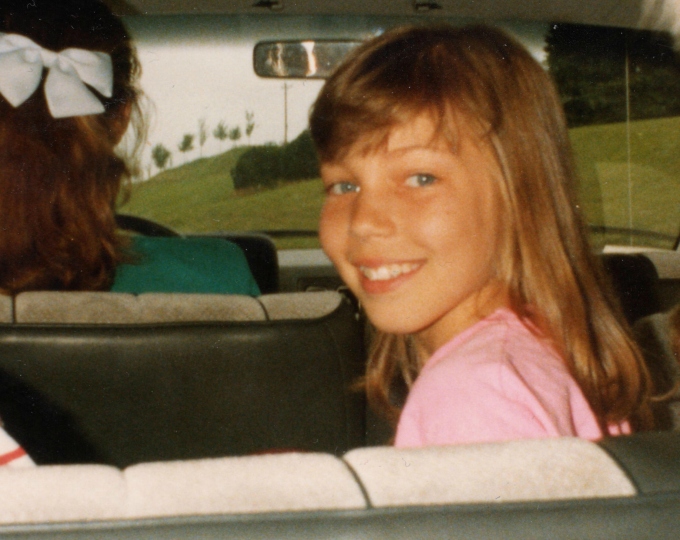 I was looking though an old album today that my friends made for me when I moved to Finland. It is full of photos and memories and quotes. Quite nostalgic. We all have narrow, child-like faces and in one photo we are posing next to the Easter Bunny at the local mall. The photo makes me smile. Before the photo was taken we had had an earnest discussion of whether we were too old to pose with the Easter Bunny. It was probably one of the first times that we went shopping without adult supervision and we felt quite old.

“Life isn’t a matter of milestones, but of moments.” –Rose Kennedy

One of the homes we quite often frequented was Sarah’s. Countless times did we sleep over and spend time downstairs in the basement room. The house had three floors and everyone else slept in on the third floor. It was like our own space, to chat and share and do all of those things that girls do.

One of the dishes that Sarah’s Mom made was Mexican Curry and it was a favorite of mine. It can be easily made in the crockpot and allowed to simmer for a couple hours on low. The recipe below is made stovetop. The recipe may not be identicle to her’s, but to me it had the flavor that I remembered.

In a heavy pot, brown the meat with the onion, garlic, celery and seasonings. Once browned add the crushed tomato and water. Add the uncooked rice and allow to simmer for about 20-30 minutes on low so that the rice is cooked. Serve with chopped lettuce, grated cheese, avocados, tomatoes, tortilla chips and a salsa of your choice. The left over meat and rice could be used as a tortilla filling the next day.

We had some of those summers, my friends and I.

This blog post is part of The Novice Gardener’s blogging party, Fiesta Friday. For a collection of posts by various authors click on the link.