Little by little we have been eating the contents of our freezers. This year we were lucky to have a fairly large quantity of game meat. As nature goes through cycles, so does our freezer. Some years it is better for a population of a species to grow and flourish and then if there is too many for the ecosystem, it provides a window of opportunity to hunt. Since I grew up in the city and my family did not have hunters, I really did not understand the essence of hunting. I have been learning. Since my husband is a passionate hunter, I get regular lessons. If done correctly, it is about following the cycles of nature, protecting the wildlife and also conserving areas so that wildlife might have a refuge. Although every hunter would like to at least occasionally catch some game, the most important part is being in the quiet forest and observing nature. Often the reward from an early morning venture is only a healthy amount of exercise and fresh air. And sometimes there might be a story to tell and some fresh game. I would like to believe that hunters truly want their game to be wild and free and if they would be caught, that their death would be quick and painless as possible. The photos below from the Swedish Lapland are from last fall and are taken by my husband. Every year my husband and a few of his close friends and brothers drive to northern Sweden. If you have been following tableofcolors for some time, you may recall the post on the nordic fell. It was a hunting adventure that included the ladies. The pictures from the trip below was for the gentlemen and four dogs, and I would like to share some of their experiences and stories they brought back. Their trip was for grouse but the recipe I will be sharing below is for moose heart, a delicacy rarely had. 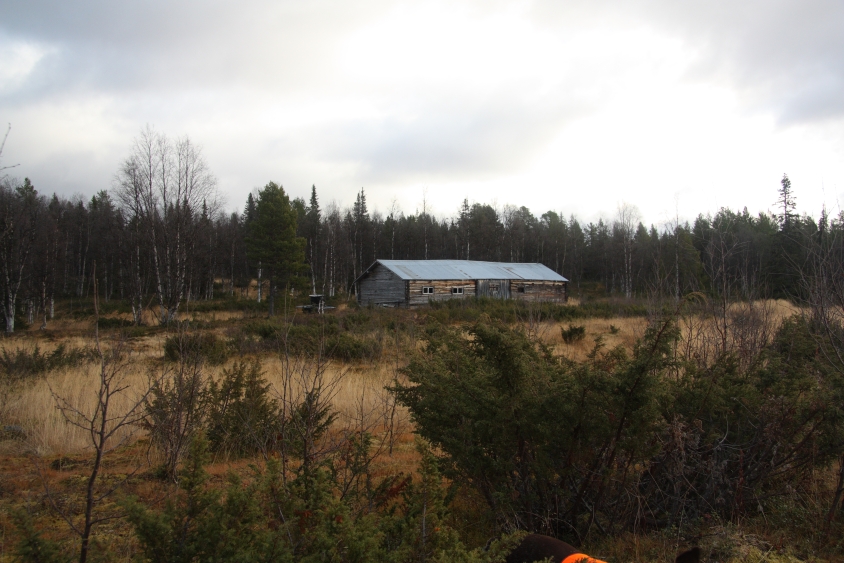 All alone in the middle of the wilderness was this old barn and farm. The closest road was twenty kilometers away. The people who had inhabitited the farm had used a boat to reach it. It had no road or path leading up to it, perhaps at one time there had been a small path. Most likely it was now overgrown with grasses and shrubbery. It makes one wonder who built this farm so far from the towns and villages. Maybe the children grew up and left for the cities as so many others and so it now stands alone. 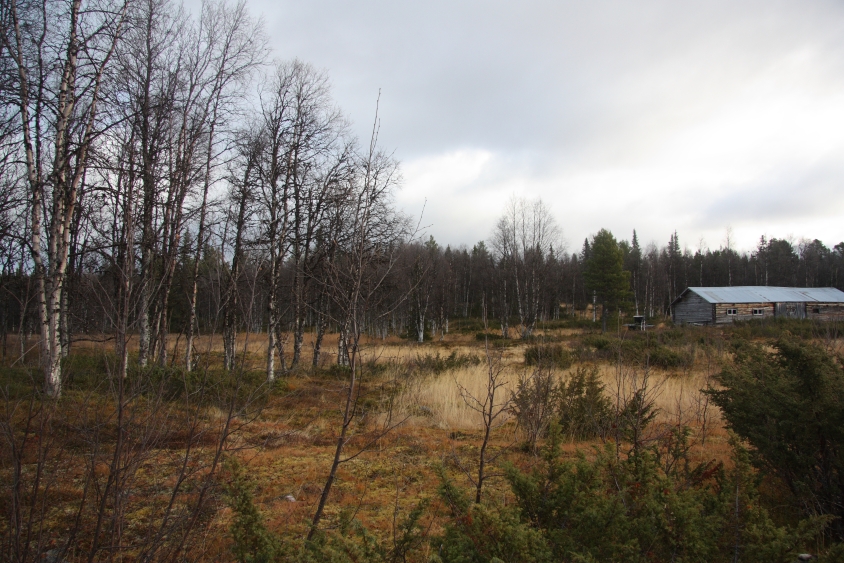 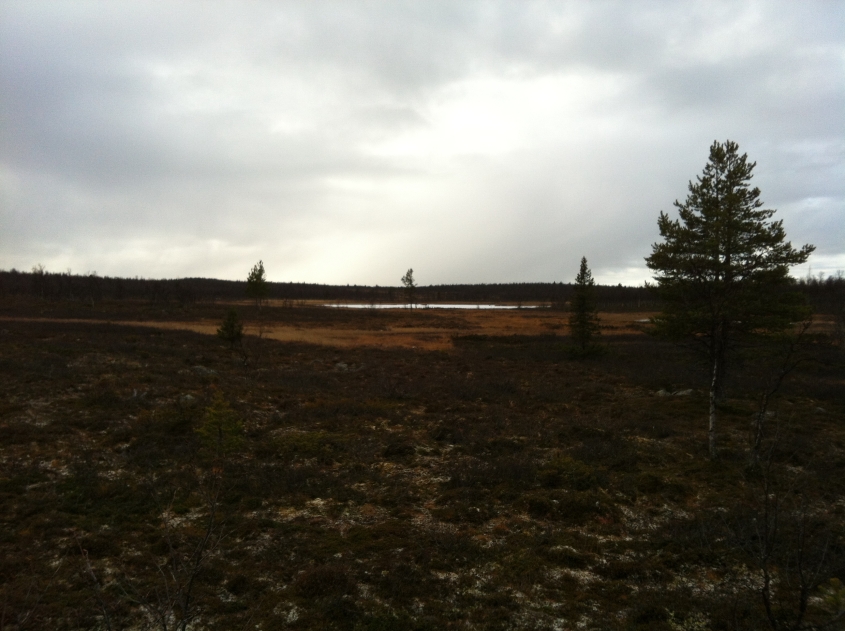 The landscape is scarce of people and it is easy to see how the mythology of elves has evolved. The Finnish elves or tonttu often protect a home or sauna. Perhaps the abandoned farm has it’s own elf, protecting it in the middle of the wilderness.

The heart of the moose or deer is a rare treat. Sometimes when we have had some on hand it becomes an evening snack after the kids are in bed, quickly fried on the pan so that it remains very tender. We always eat it fresh and this time we did share with the children and it was a weekend meal served with sweet potato and potato mash. 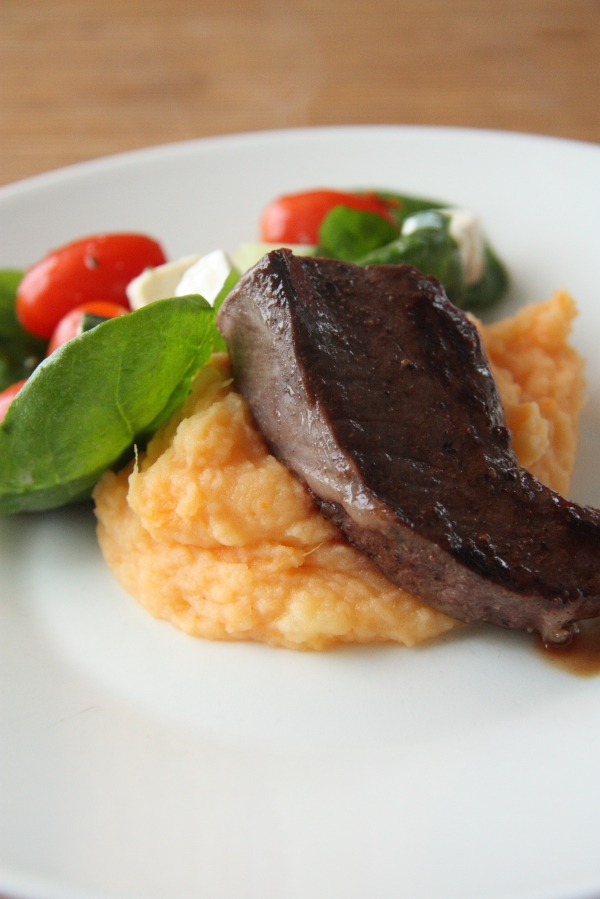 The heart of the moose

Trim away all valves, connective tissues and papillary muscles and cut into slices. Using a mortar and pestle grind a mix of peppers and a few chili flakes. Rub the ground peppers on the meat and fry on a hot pan for about two minutes per side and season with sea salt. 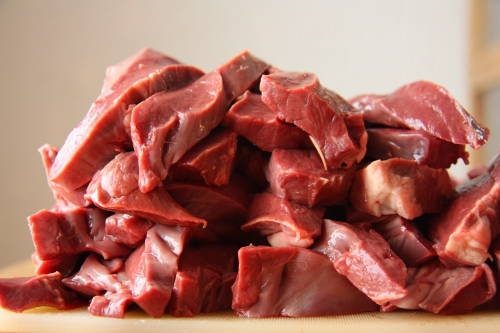 Peel sweet potatoes and potatoes. Cut the sweet potato into large chunks and potatoes into fourths. Place into a large pot and add water so that it just covers the potatoes. Bring to a boil and cook until potatoes are tender. Pour out the water. Place the milk and butter into a microwave proof bowl and heat until the milk is hot and butter is melted. Using an electric hand mixer, mix the hot milk mixture into the potatoes and whip until desired consistency. I usually prefer mine to have a few lumps. Season with salt and pepper. If the mash is too stiff for your liking add a little bit more hot milk or some of the cooking water to thin it out. 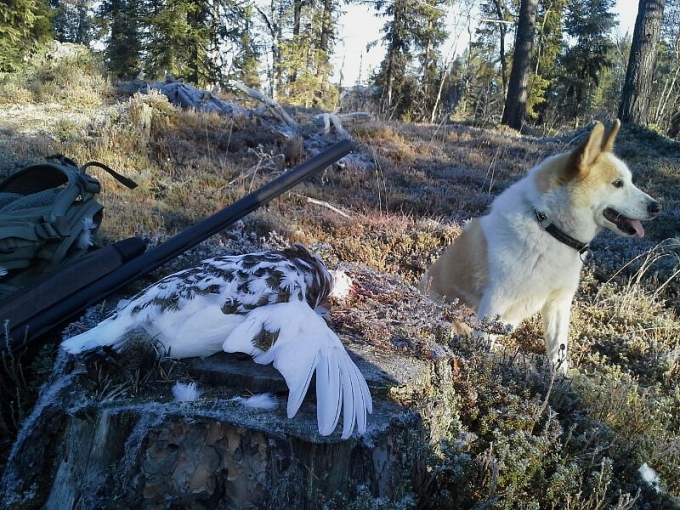