I have always been a city girl in my heart. It was not until I was an adult that I was introduced to a real forest, a place far from civilization, not just the little patch of woods in a parkway just down the road. For one year during the early years of our marriage we actually lived in the middle of this wilderness due to my husband’s work. To tell you the truth, I was a bit terrified of going on walks since I knew that bears inhabitated these woods. The town school was just two kilometers from where we lived at the time. I often would walk and pass the school with our oldest daughter who sat in the stroller still at that time. So small was she then. Feels like it was yesterday.

I had heard a story that once when the teacher was letting the kids out for recess, she all of a sudden told everyone to stay inside. There was a mama bear and her two cubs walking across the yard. I believed the story since not too far away, about halfway between our little home and the school, a bear had crossed the road leaving it’s large paw prints in the sand. We happened to drive by shortly after it happened and chatted with a few people that had seen it. But I had decided that I was not to be imprisoned in the apartment, and so nearly each day we would take our walks and I would keep my fingers crossed and occasionally cough to try keep the bears at bay.

In these same woods, we have sometimes gone exploring for mushrooms. Usually it is my husband who goes as he knows all of the good places but sometimes when I have the chance I go along. The funnel chanterelle (Craterellus tubaeformis) come up after the chanterelle mushroom season and sometimes they may be a bit hidden, but if you find one you will most likely find a whole patch to fill up your basket. 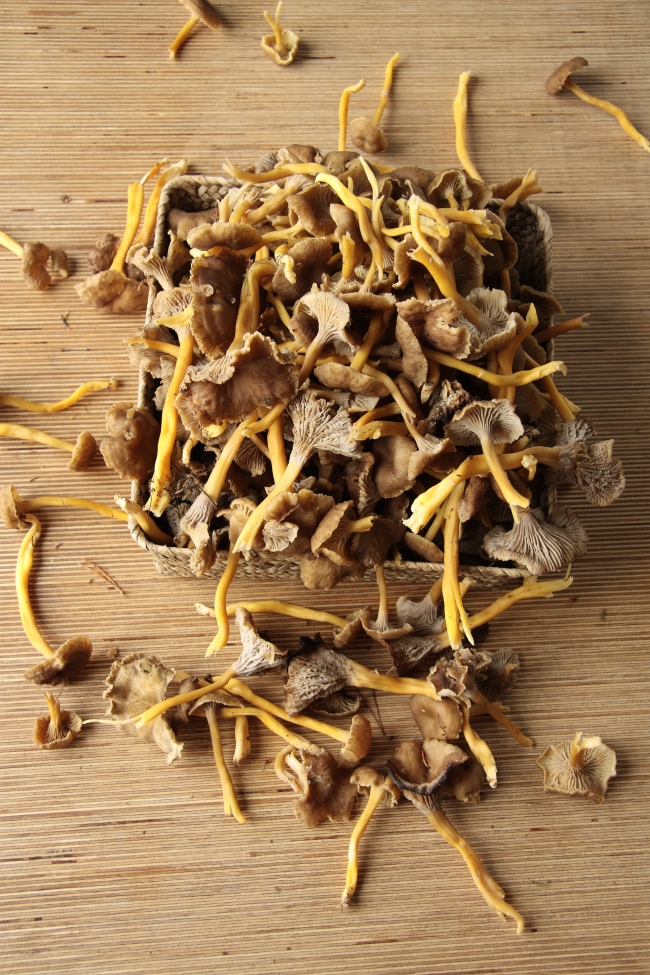 This dish is really so simple but the flavors are fantastic. Our mushroom season is over now but when we still had fresh ones, we dried a part of them and some of them we fried with a bit of butter and then packed using the vacuum packer. They make a wonderful sauce. The savoy cabbage is quick roasted, rounding out the flavor and making a warm salad of sorts as a side.

On a large frying pan, cook the mushrooms, leek and herbs with the butter until the water has evaporated so that it snaps and crackles just a bit. Pour on the cream and milk and allow to gently bubble for a few minutes. Serve over boiled potatoes and roasted Savoy cabbage.

Place the wedges of Savoy cabbage on a lined baking sheet. Drizzle with olive oil and balsamic vinegar. Sprinkle with salt and pepper. Bake in the oven at 175C/350 for about ten minutes. 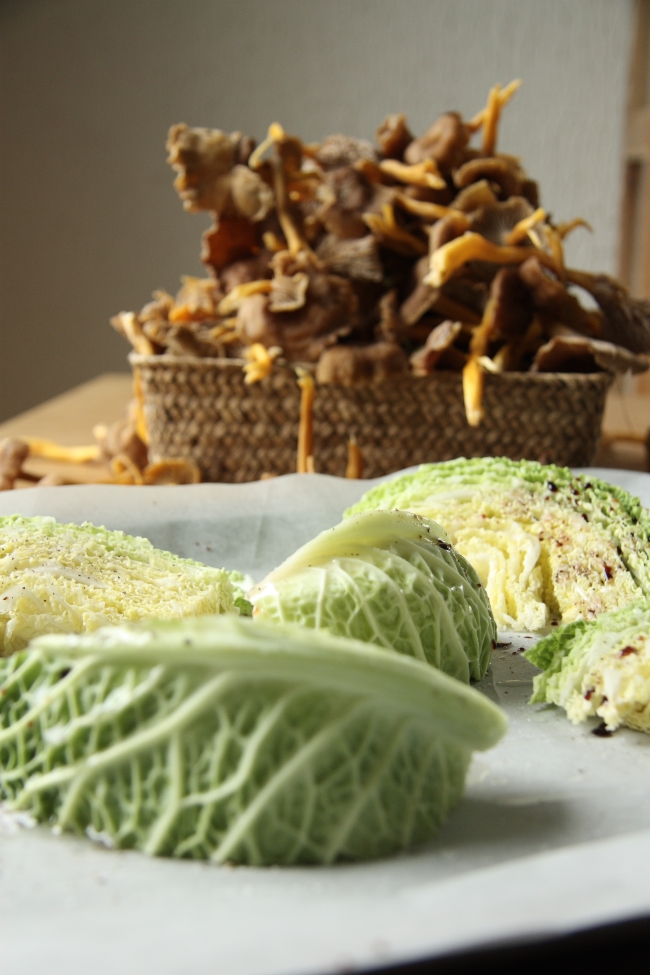