I’ve come to realize how much our history and maybe more specifically language has an impact on whole nations of people and the way we think. As a kid, I often heard it said that language defines a culture. I really did not understand the concept at the time. It was not until later that I realized that each language has their own words and phrases that often are difficult to translate because the feeling or experience is unique to that specific environment and surrounding. These expressions hold nuances that tell about the culture and mindset of the people and sometimes even explain the way people act. The Kalevala, which is the Finnish national epic poem, has had a significant part in the development of the Finnish language and identity and has been studied by scholars since Elias Lönnrot. Lönnrot was a physician, botanist and linguist. In the late 1820s and 1830s he made numerous field trips to collect the songs of the Kalevala and oral history that had been handed down from generation to generation but was slowing starting to disappear as Western European culture was making its way into Finland. The youtube link below is a Kalevala song with English subtitles.

The other week, we had a chance with Antti to go hiking in the landscape of the national park, Repovesi. As we walked and climbed the trails covered in small boulders or through the marsh on wooden planks, surrounded by a carpet of the light colored Sphagnum moss that had been used as insulation in houses of yesteryear, I could easily imagine the mythical world of the Kalevala that inhabited this Nordic land. 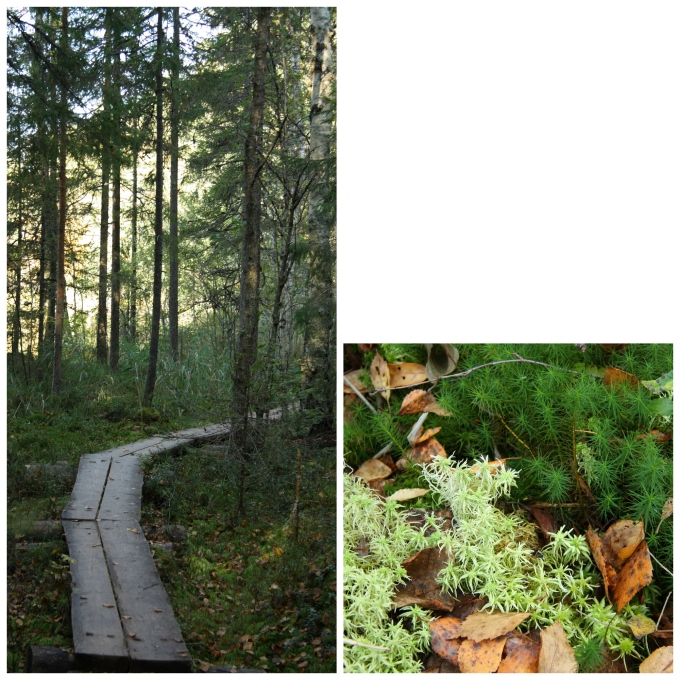 The story begins with the creation of the earth and has characters that go on seemingly impossible expeditions to find a spell in order to acquire a skill such as boatmaking or ironmaking. In addition there are tales of romance, and kidnapping and seduction. In the midst of this all is the magical Sampo, which is like a talisman that brings it’s holder great fortune. As can be imagined it is something that is direly sought after. 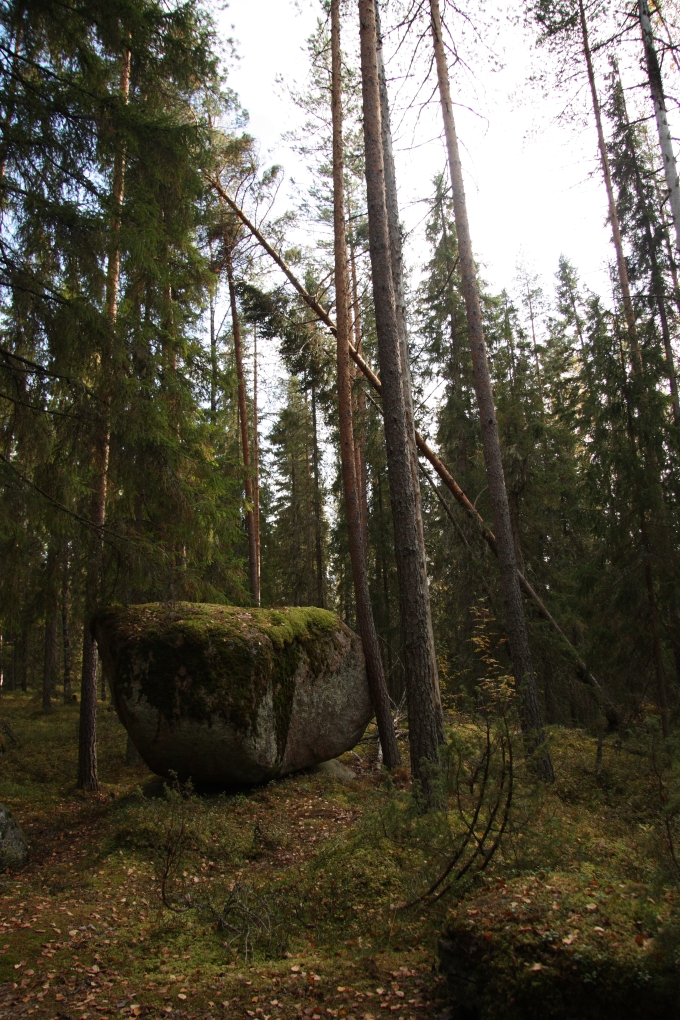 Still today there are aspects of Finnish culture that refer back to the Kalevala. It is very common to meet children with names such as Sampo, Aino or Sampsa or an insurance company named Imarinen, or a jewelry company named Kalevala or an ice cream brand made by Valio called Aino. 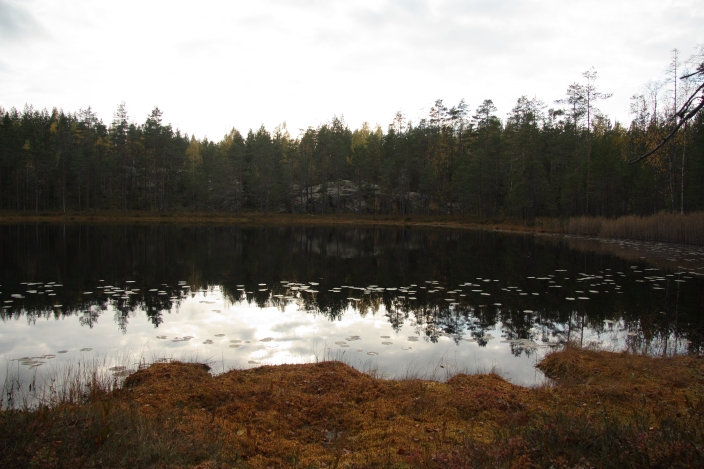 Can’t you just imagine the maiden Aino coming to this forest pond to wash, when all around you is a perfect stillness only interrupted by the chatter of a squirrel and the song of bird? 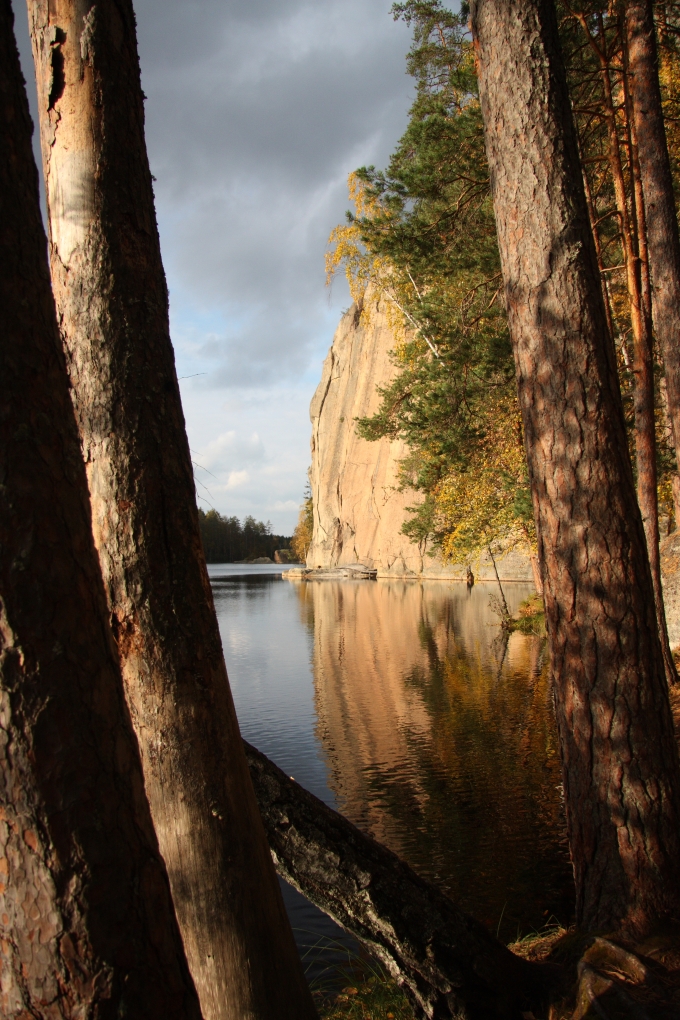 Our destination was Olhava mountain which is very popular with rock climbers. Perhaps it was nostalgic for my husband as he has climbed the wall as an army conscript. I’m not sure I would dare.

At the base of Olhava there is a camp site where someone had forgotten their nearly brand new running shoes in a trendy neon color hanging over a makeshift clothesline. We took out our kuksa, which is a wooden cup made traditionally from the burl of a tree. Perhaps the mythical characters of Kalevala used the kuksa as well. An old tale tells that a kuksa may only be rinsed out in a stream but not washed with soap as you will wash away your luck. While we both had the same tea, my husband’s kuksa has been stained with the many cups of coffee he has had on previous trips and so his drink looked more like coffee than tea. 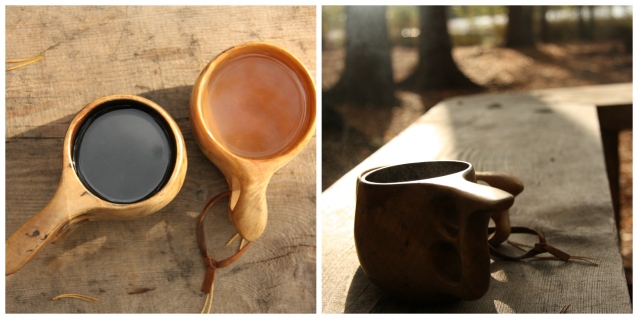 We had simple fare along, sausages to roast over the fire, a few apples and rye bread with some butter and cheese. 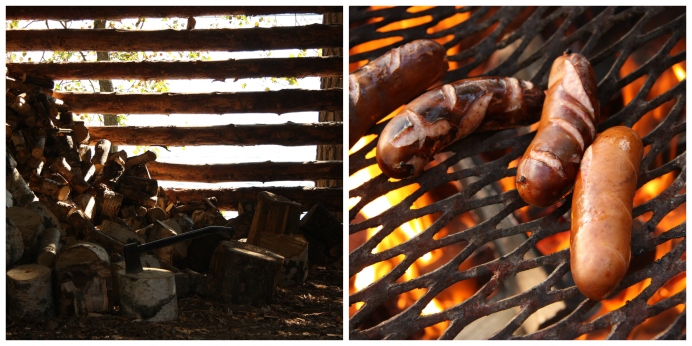 I think next time I might pack along a small container of this melon salad that was inspired by my neighbor. I tweeked the original version a bit, but as it is very juicy it does not necessarily need any dressing. I dressed it simply with about a teaspoon or two of grated fresh ginger, a sprinkle of fleur de sel and a little black pepper. 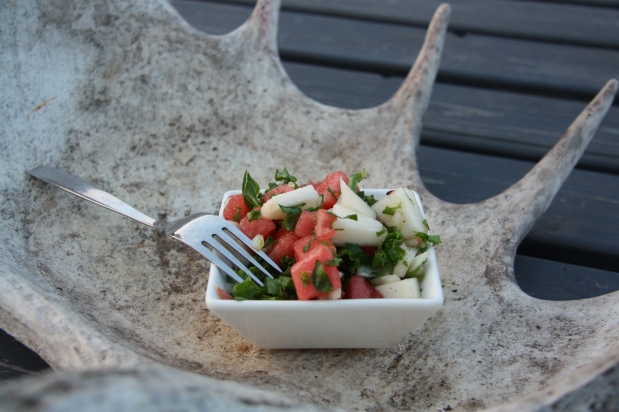 Melon salad with Kale and Ginger

Mix all of the ingredients together and enjoy. This salad stores quite well for a couple of days and is wonderful with grilled meat. 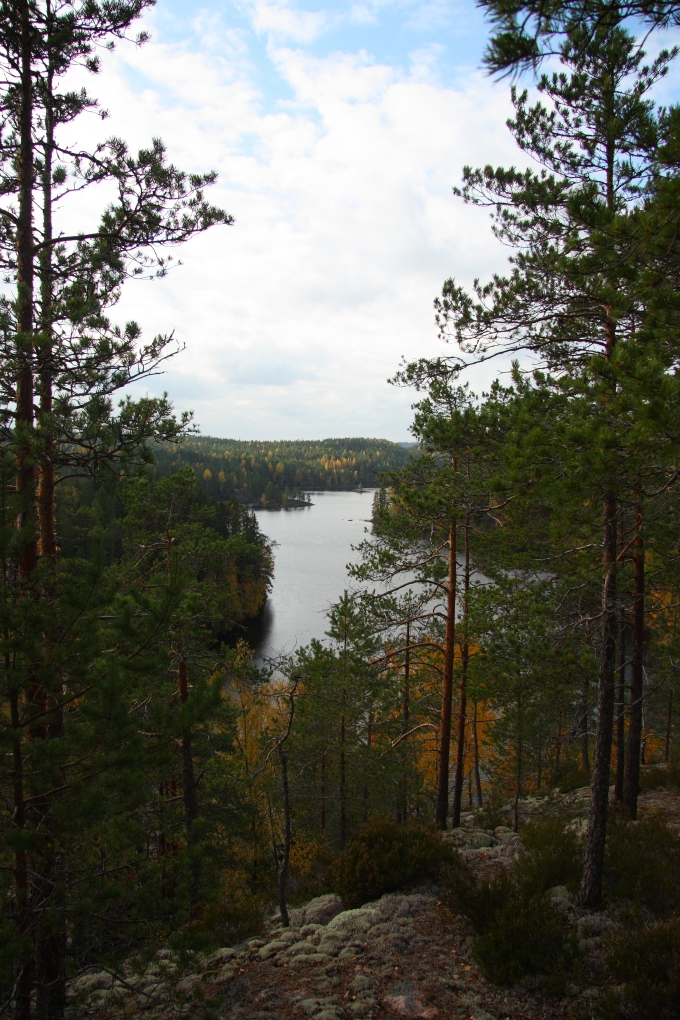 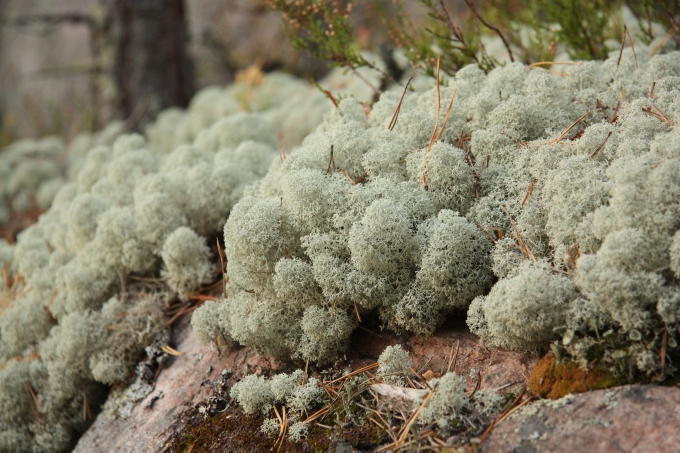 Leave a Reply to My Kitchen Witch Cancel reply