Traditionally Halloween is not celebrated in Finland but in the past years it has been making an entrance. Costumes can be found in various stores and instead of Trick or Treating, some choose to host Halloween parties with their friends. Yesterday was All Saints’ day. We stopped at the cemetary before visiting friends. The photos were taken a bit before six o’clock in the evening and it was already completely dark. The cloud coverage added to the darkness. Last year we spent the evening at home with our own family and enjoyed tea bread after the visit to the cemetary.

While Halloween is all about ghosts and ghouls and all things scary, the atmosphere of the cemetary on All Saints’ Day is peaceful, calm and safe. The cemetary was full of people and as I was there the bells rang calling people to service. In Finland the cemetaries are usually cared for by loved ones as well as the church gardener. It often is in the center of town next to the church. The Valkeala Church in the photo below has been built in the early 1900’s and taken into use in 1927. It is not a very old church and in its current place there have been three previous churches with the first one being in the late 1600s. The first church became too small and was torn down to allow for a larger church. The next two churches were burned down with only the altar painting being saved.

The cemetary was a sea of candles in memory of the loved ones that have gone before us. There is usually a place to place your candle if your loved ones are buried somewhere far away. 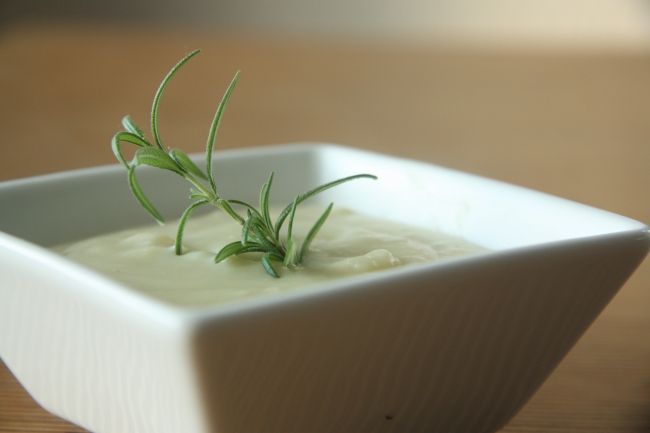 I don’t think that the day is intended to be downcast, but it is full of emotion. I thought this soup was perfect for the day, not something too elaborate but something a bit special with a gentle flavor.

Place the peeled and cut vegetables in a pot and sautée with the oil for a few minutes until the onions have become a bit transparent. Add the sprig of fresh rosemary, seasoning, broth and water and so that all of the vegetables are covered evenly. I usually have broth in the freezer ready to go. Whenever I make a roast in the Crock Pot I set aside some of the broth and freeze it for later use. Be careful to not over season so that the mild flavor of the Jerusalem artichoke is not completely covered up. 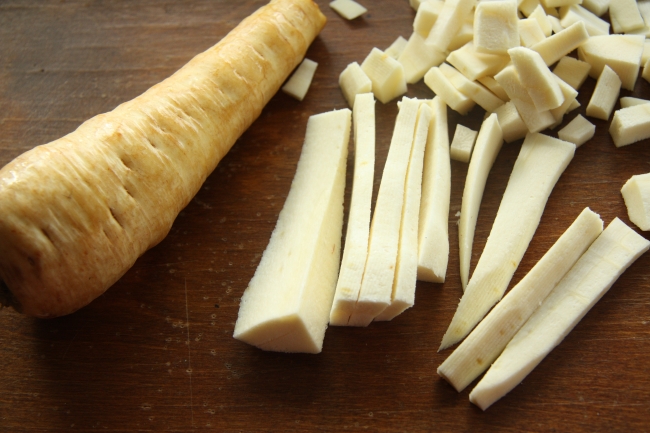 Allow to simmer until the potatoes have become tender adding more water as needed. Take off heat, remove rosemary and purée with an immersion mixer until smooth. Return to the stove and add the white balsamic vinegar, more water or broth (if it is too thick for you) and marscapone cheese. Stir and allow to simmer until the cheese has been incorporated into the soup. Check the flavor and adjust with seasoning to your taste. Enjoy with fresh crusty bread.

This post is a part of Tablescaper’s Seasonal Sundays. For an abundance of links to seasonal inpiration, check out her website.